The universal EFA bill, House Bill 20, as currently written makes nearly every child in the state eligible for the program, capable of transferring into it, but that is not the same as saying an EFA student is a homeschooler or EFA funds can be used for home education. This confusion is dangerous to the homeschool community and may harm efforts to pass the bill. 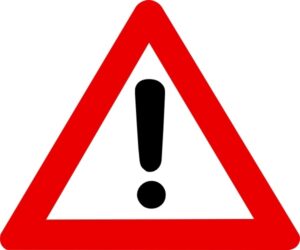 Legislators and supporters of HB 20, the universal EFA bill, say the bill extends to home education, but that is incorrect. Although the list of eligible students is extensive, and nearly any child, including homeschoolers, could participate or "transfer" into the EFA program, it is a distinct and new way to satisfy compulsory attendance and is not the same as home education.

There are currently three broad ways families can fulfill compulsory attendance in NH per statute RSA 193: 1: public school, either district or charter; private school; or home education. This bill creates a new entity, an EFA student, who has no obligation at all to follow home ed statute, RSA 193-A. HB 20 creates a new way to fulfill compulsory attendance in section IV.

"IV. The signed agreement between the parent and the scholarship organization shall satisfy the compulsory school attendance requirements of RSA 193:1."

Just as the new statewide Learn Everywhere program is similar to local districts’ Extended Learning Opportunities (ELOs), the universal EFA creates a state public-educated student who is not affiliated with a local district or chartered public school. This student has different requirements that are outlined in statutes included in HB 20.

The problem with conflating EFA students with homeschoolers is that it could be interpreted as creating “undocumented” homeschoolers – home educated students who follow whatever will be part of HB 20 without following existing home ed law. This is extremely dangerous to homeschoolers and why any supporter should be wary.

It is dangerous to conflate an EFA student with home education because the bill, should it pass in its current form, allows what could be considered an "undocumented" homeschooler. The language in HB 20 section IV creates a “homeschooler loophole” that families should be cautious about.

HB 20 says that receiving an EFA is sufficient to meet compulsory attendance; a family would no longer need to follow home education law, RSA 193-A, that requires a one-time notification upon beginning their program, maintaining a portfolio, and completing some kind of annual assessment.

Although participation in the EFA is optional and homeschoolers are not mentioned anywhere in the bill, this unclear eligibility loophole and continued conflation of EFAs with homeschooling cast suspicion on all homeschoolers, whether or not they participate in the program.

Districts are already blaming homeschoolers for significant declines in state funding and the EFA will only exacerbate this perception and create backlash for more regulation efforts. Districts are ignoring the decade-long enrollment decline and that many families are “crisis homeschooling” only as a short-term escape from the hybrid-remote schooling rollercoaster caused by the continued Covid closures of public schools. We received reports of school boards blaming homeschoolers for the decrease in state funding. Experienced homeschoolers expressed concern about this backlash since March 2020 when school closures began and more families fled to homeschooling as a temporary solution.

Unfortunately, sponsors and supporters of HB 20, the universal EFA, continue to conflate EFA students with homeschooling despite our repeated requests to clarify these differences.

In HB 20, an eligible student is broadly defined as a “resident of this state who is eligible to enroll in a public elementary or secondary school…”. It is a way to include homeschoolers without specifying it. Further, by saying in Section IV that participation in the EFA program satisfies compulsory attendance, a student could ignore any and all requirements of the home ed statute, RSA 193-A and not be in violation of truancy or other education requirements. That is compounded where the bill adds that an eligible student is “a sibling of a student” with an EFA. HB 20 creates a type of “undeclared” homeschooler, one totally off the books, and will bring suspicion on every homeschooler whether they participate in the EFA program or not.

Some sponsors and supporters of HB 20 say that there is no need to “transfer” into an EFA. By that reasoning, a public schooler can be an EFA student if the funds are used for out-of-district public school; a private school student can use an EFA at their chosen private school; and a homeschooler can receive $4,500 and keep on homeschooling. If that is true, then why is section IV re compulsory attendance even in the bill? Also, which student will be questioned for “accountability”? It won’t be the public-school student because officials believe statewide testing and data collection is sufficient for an adequate public education and those schools are regulated by the NH Department of Education. Private schools often have various accreditations and are also regulated by the NH DOE. Homeschoolers are not regulated by the NH DOE and have minimal requirements in home ed statute. This is the freedom and autonomy from government that traditional homeschoolers value. We already know legislators don’t trust homeschoolers and think existing accountability is insufficient. If homeschoolers are now eligible for the state adequacy funding, that will undoubtedly provoke efforts for more regulation and accountability mechanisms to the state.

Perhaps some advocates for homeschool freedom see HB 20 as a way to further deregulate home education. However, freedom never comes when government dollars are involved.

There is a huge difference between "crisis homeschoolers" and traditional homeschoolers. The first are doing it short term to avoid the hybrid-remote attendance flip-flops of their local public schools, but would like to re-enroll their children once in-person classes resume. They don't appreciate the dangers in over-reporting their child’s educational information to their SAUs, are fiercely loyal to their local schools, and don't fully trust their own ability to educate their children and would rather put it back in the hands of "professionals." The latter group are homeschooling for the long-haul for philosophical reasons, greatly value the independence from public education requirements, don't want government intrusions, and usually fight like momma grizzly bears when they believe their homeschool freedoms and autonomy are at risk.

These are very different groups with different needs and purposes.

The crisis homeschoolers are likely to embrace the EFA funding and are unlikely to object to more accountability mechanisms that may be needed to pass this bill. They find a certain security and reassurance having government involvement in their children’s education and are already predisposed to it. On the other hand, traditional homeschoolers might choose to transfer into the EFA if it passes with no additional accountability mechanisms and broad eligible uses, but would fight like demons if they thought their homeschool autonomy is threatened, and it likely will be by the time this bill is done.

Take a close look at the approved uses of the funds -- it does not include how many homeschooling families access resources for their children: second-hand learning materials and other non-textbooks or curricula; online education resources that are not through an online private school such as subscription services; small non-LLC providers such as neighborhood tutors/teens or other smaller entities; field trips to museums and cultural centers; and resources often used by unschoolers. This is of major importance to families who may consider the EFA program, should it pass.

The scholarship organization responsible for implementing the EFA intends to use ClassWallet to approve eligible uses and disburse funds. ClassWallet is used in other states with Education Savings Accounts programs, and families report difficulties having their educational expenses approved. ClassWallet’s Facebook page shows many parents have problems with them approving smaller businesses as eligible providers, particularly for special education services. This is a significant concern for families, particularly homeschoolers who often rely on small providers and non-school entities for their children’s learning.

HB 20 has one line in the bill that is extremely broad and intended to allow nearly any legitimate educational expense to be included as an eligible use, at the discretion of the scholarship organization. While that may or may not survive to the final bill, it is sloppy legislation to leave it subject to the whims of one entity that may change over time.

The creators and supporters of HB 20 need to secure enough votes in the NH House and Senate for it to pass and progress to Governor Sununu. Before the bill was formally introduced, discussions about potential amendments were already underway because too few legislators support the bill. We know some legislators do not trust families to home educate and have recently said “homeschoolers might indoctrinate their children, they aren’t accountable enough, and might use the funds for flat-screen TVs.” To pass the bill, supporters need to negotiate some mix of concessions that will likely include more academic accountability mechanisms, limit eligible uses, and require income caps. These tradeoffs may be acceptable to families, but it is premature to presume homeschoolers, especially the traditional long-term homeschoolers, will be onboard with more “strings” and restrictions.

Those who followed the original Education Savings Account bill in 2017 and 2018 may remember that there were numerous amendments as SB 193 worked its way through the legislature in an attempt to earn enough votes. House leaders amended the bill to add more restrictions on homeschooling participants, and at the time, we were assured that those additional requirements beyond RSA 193-A would be removed before going on for final approval. That never happened; the amendment with more restrictions on homeschoolers was the final one the House considered and it failed by a handful of votes.

This is why we are so cautious about any negotiations that are considered for the current EFA bill, HB 20. Homeschoolers were treated as expendable in the last effort, and are again. The priority is to make sure EFAs can be used at private religious schools in keeping with the 2020 Supreme Court of the US decision on Espinoza v Montana. Families considering the EFA should be cautious about supporting any program just yet and see what “strings” will be added to the bill.

HB 20 will have a public hearing on Tuesday, February 2nd starting at 1:15pm. The House Education Committee may vote on the bill at any time once the hearing is closed.

Please refer to these instructions if you wish to testify or register your position on the bill; register at least two hours in advance so the committee receives notice. The hearing will also be broadcast live and recorded on the NH House YouTube channel. Testimony can be sent to the committee ahead of the public hearing; specify if you want it included in the bill’s permanent record. The committee’s group email is HouseEducationCommittee@leg.state.nh.us.

GSHE does not have a position on HB 20 because we believe families should make a decision for themselves whether or not they support, oppose, or are neutral on the bill. We provide this additional background and analysis so families can make a fully-informed decision whether it’s a good fit for them or not. We will continue to monitor the progress of HB 20 and the other Education Freedom Account bills as they move through the legislature.

Granite State Home Educators has a Facebook group, GSHE Action, specifically to track legislation and issues related to homeschool freedom. All homeschoolers are welcome to join.

Read more about EFA efforts in our preliminary analysis of the 2021 Educational Opportunities Funding Bills.