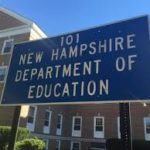 Chairman Kitty Michelotti (Granite State Home Educators) is on the NH Department of Education’s SRRT Task Force that is working on the “reopen and redesign” of schools for the coming academic year. A survey was widely distributed across the state to educators, administrators, parents, and the general public. The task force is expected to release preliminary findings in mid-June.

Mike Koski (NH Association of School Principals) commented that some communities around the state experienced problems with remote learning, while others did not, so he is concerned that statewide guidelines may not well-serve some communities.

Rep. Glenn Cordelli observed that many responders were unhappy with a particular question that did not include an option to resume school “as normal,” so the survey was amended.

Mike asked if HEAC could be involved to help issue recommendations for homeschool co-ops and groups reopening in the fall.

Stef Marsh (NH Homeschooling Coalition) reminded the council that homeschool groups have time to be more responsive to what information is known in late summer as homeschoolers are typically very nimble and flexible, and therefore able to adapt to changing conditions.

Kitty noted that families seem to be waiting to finalize plans pending the reopening guidelines.

Kitty received an email from the NH DOE attorney, Chris Bond, regarding Executive Order #38 that families can “apply” for a waiver, but there was nothing else. Read last month’s HEAC article for full details on the discussion.

Michelle Levell (SCHEA) said that the lack of guidance – no process, no qualification, and no contact person – is too vague and ambiguous. It is also very late in the academic year.

Kitty said that she agreed it made things less clear for families and was attempting to get more information from the attorney or the DOE.

George D’Orazio (CUHE) asked if the council should ask the Commissioner to issue an advisory to allow an extension for assessments to occur in the fall. Other council members pointed out that the year-end assessment does not have a specific due date in statute; families can complete it whenever their academic year is done. Council members also expressed concern that a technical advisory can take a significant amount of time to go through the DOE’s process and the executive order already empowers the department; pursuing executive order clarifications would be more-timely and is already available.

The council voted unanimously to request a comprehensive waiver that families could use on an “honor system” if they have a hardship or something that makes the year-end assessment requirement difficult to obtain this year.

A total waiver was granted by Commissioner Edelblut the following week, and is available here. Families utilizing the waiver need to print out a copy and keep it in the children’s portfolios for a minimum of two years.

Catie McLaughlin (incoming SCHEA rep) – She hosted a backyard Homeschool 101 session with friends and interested families and they had a large turnout. This was echoed by Allison, a member of the public who is a SCHEA member.

Senator Ruth Ward – The legislature has been quiet, but she attended the Center for Education Reform’s online sessions. She said many families report remote learning has given them more of an opportunity to see what is happening with their children’s learning. She wrote an Op-Ed in the Keene Sentinel.

Mike Koski (NH Association of School Principals) – Administrators are “trying to keep things stitched together” through the end of the year. A large percentage of students are not engaged. He sees a continued effort to reach out to parent networks to offer support and suspects a significant number of families will likely homeschool in the fall.

Rep. Glenn Cordelli – The NH House of Representatives will meet at UNH on June 11th and it is the first time the body will not meet in Representatives Hall. He is not sure what will happen re the disposition of the remaining education bills.

A member of the public from SCHEA – Some districts are not as responsive regarding the Letter of Intent acknowledgement letter. SCHEA and GSHE representatives reached out to the Commissioner’s office about this situation, but the family did not want the additional attention. It was resolved. She also commented about an experience a family had talking with their child’s IEP team with the school. Stef added encouragement for families to talk with experienced homeschoolers who have children with special needs. They are likely to find that “services” provided at home are more integrated into their regular day-to-day work. Mike underscored that, saying the emphasis is on student/teacher engagement and it does not require specialized training. “Nothing happens until you have the child’s attention” and parents know their children.

Fred asked about the effectiveness and process of the HEAC grievance committee that is in Ed 315. George, as a long-time HEAC member and homeschooler, explained that in the very early years of home education in NH, there were approximately four occasions when families needed help to clarify misunderstandings with districts, but there has been no instance of a grievance committee since then. Stef added that years ago HEAC could conduct “due process hearings” but that responsibility was removed in 2012 once districts no longer received copies of homeschoolers’ year-end assessments. The grievance committee can be an option if the law is changed and homeschoolers need a way to defend themselves because it can act like an appeal process.

For nearly two years, HEAC has worked on proposed changes to Ed 315, the rules that govern home education. This was initiated by Commissioner Edelblut in an effort to more closely align rules to statute. The current version of Ed 315 is available here; scroll approximately half way down the page. The current working proposal is available here.

Kitty announced that the DOE agreed to keep language that specifies the portfolio remains property of the parents. Once HEAC approves the proposed rule changes, it will go to the state Board of Education and then to the Joint Legislative Committee for Administrative Rules (JLCAR), but they are behind schedule, so there is not a pressing time crunch for us to push this through.

Some council members raised additional concerns with the proposed language, necessitating a follow-up meeting with the rules subcommittee. The council was unable to vote on the Ed 315 proposal and it is postponed to the June meeting.

The HEAC Chairman is responsible for composing an annual report and submitting it to the state Board of Education. Kitty distributed a draft to all members, and with one minor change to a comment re Ed 315 efforts, the committee approved the report.

HEAC has a place-holder meeting available on June 25th if needed; it is expected to be called to finalize work on Ed 315. Watch for an announcement on our Facebook page with Zoom meeting information. The public is welcome to attend. The contact information of HEAC members can be found here.

HEAC Back in Session

HEAC Closes Out the School Year